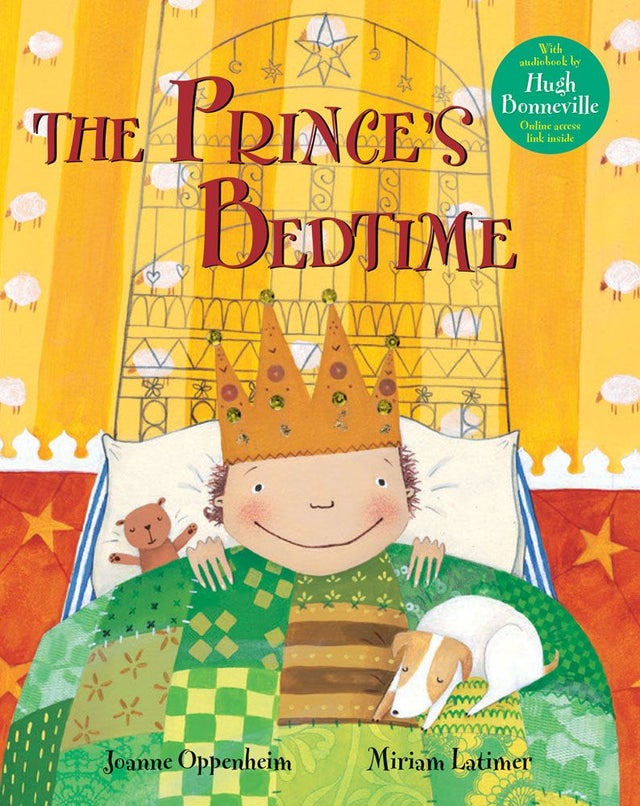 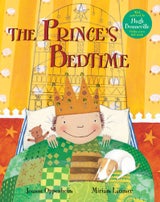 Meet a young prince who refuses to go to sleep! The entire kingdom comes out to lend a hand in this rhyming bedtime adventure. There is a hullabaloo of activity—jugglers juggling, magicians hypnotizing, dancers dancing—but it is the wonder of a good story that finally does the trick. Book with CD editions include story read by actor Hugh Bonneville and includes two versions of the story: one with page-turn chimes and one without.

Joanne Oppenheim is the award-winning author of more than fifty books. A former primary school teacher, she is currently the president of Oppenheim Toy Portfolio, Inc., an organization that reviews children's products.

Miriam Latimer studied illustration at the University of the West of England. She now works as a full-time illustrator and combines this with workshops for primary school children. Miriam lives with her husband and their two sons in Devon, England.

Hugh Bonneville is a well-loved actor who has starred in many films and TV series such as Notting Hill, Iris and Doctor Who. He was nominated for a BAFTA for his role as the Earl of Grantham in the award-winning Downton Abbey. Hugh lives with his wife Lulu and son Felix in West Sussex, UK.