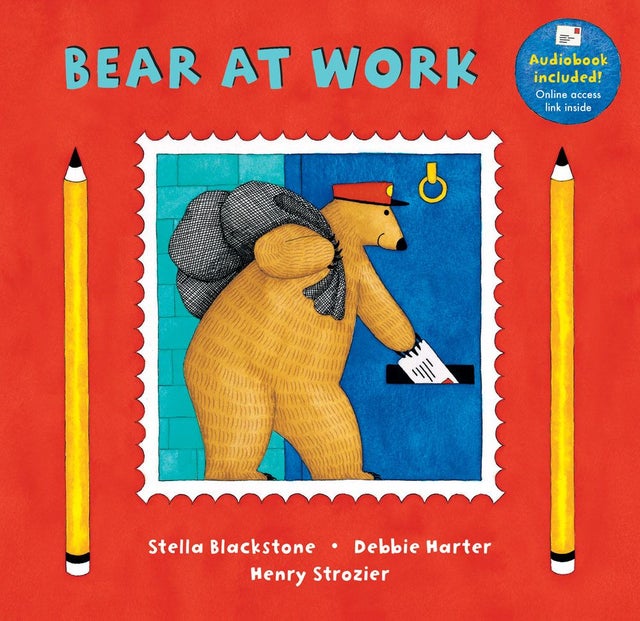 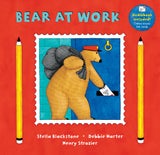 Help Bear, a mail carrier, deliver letters, packages, books and more all over town. A full-spread illustration of 10 professions at the end reinforces learning and invites readers to go back through the story to spot the different working bears. This celebration of the value of everyday work makes for a cheerful addition to the beloved Bear series, which has delighted children for 20 years.

"The illustrations are bright and colorful, and they clearly show a diverse group of children playing in the jungle, which encourages children to be friends with everyone" — Old Schoolhouse Magazine

Award-winning author Stella Blackstone has written many of Barefoot's best-selling titles, including the Bear series and the Cleo the Cat series. She has been writing for children for over twenty years. Stella lives in Somerset, UK.

Debbie Harter has illustrated over 20 books for Barefoot, including the beloved Bear series. As a child, Debbie would "lose herself in books (as long as they had pictures)" and hopes to continue doing so until she's very old. She lives in Cornwall, England.

Henry Strozier is a film and broadway actor and television narrator. He has worked with Discovery Channel, PBS and National Geographic among others. In 2016, he won an Audie award for his narration work and is a two-time Emmy nominee. Henry has narrated over 100 books.